Chronicle of our meeting in Galicia

The first meeting with students and teachers, corresponding to the project «A journey in time», took place between September 3rd  and 10th. The students have been chosen mainly for their musical skills and their effort in the preparation of the scores that should be interpreted during the meeting. Álvaro, Carlos, Elena, Candela, Alberto and Erika, accompanied by the teachers Victoria Mariscal and Alberto Rubio, arrived on Saturday in Santiago, where they stayed in the hostelry of the Monastery of San Martín Pinario, one of the most extraordinary buildings in that beauty city. During Saturday afternoon and the whole Sunday, they enjoyed the artistic and historical wealth of Santiago, without feeling discouraged by the bad weather, so characteristic, on the other hand, of that region. On Sunday, after dinner, the Italian colleagues arrived (the Portuguese ones had gone directly from Lisbon, without passing through Santiago) and they went together by bus to Ribeira, where the host families gave them a friendly reception.

During Monday and Tuesday, the activities in the institute followed one another. The musical performances, of the most varied kind, aroused the enthusiasm of an audience, on the other hand, clearly well predisposed. On Tuesday morning, after a tasting of Galician dishes offered at the institute by the families, a reception was held at the City Hall, both formal and relaxed, and in the afternoon they had an interesting visit to the Lonja (the fish market), where students and teachers had the opportunity of attending the auction of fish just brought from the sea.

On Wednesday, they had a visit to Santiago, which included a tour over the roofs of the cathedral with spectacular views of the towers, the dome and the adjacent quarters. In addition, they reproduced the itinarary followed by the duke Cosimo three hundred years ago, including the convent of San Agustín, Santo Domingo and the Alameda Park, where they found the point from which Lorenzo Baldi made his most famous watercolor of the cathedral.

Thursday, despite the bad weather, was dedicated to the natural environment: Corrubedo Natural Park and two Celtic settlements. The visit to the park was slightly affected by the «folga de mulleres» (women strike), since the park guide did not go to work; so, a male specialist was employed, who traveled expressly from La Coruña to assist us. The visit to the castro of Baroña was by far the most exciting part of the whole trip, since the unchained elements, the rain, the wind and the waves, seemed to try furiously to prevent our going ahead. There were smashed umbrellas and several slips, but, at the end, almost everybody managed to reach the fort and, however soaked, felt compensated their efforts with the contemplation of such a majestic spectacle. On Friday, the visit to Orense took place. During the morning, most of the students participated in an aquatic activity in the Outariz hot springs, while a small group chose to start the historical-artistic tour through the old town, accompanied by their teacher, Alberto. There, they visited the arresting cloister of San Francisco, recently restored, a very uncommon sample of the transition from Romanesque to Gothic. After stopping at the small adjacent museum, where they contemplated works ranging from pre-Roman to Baroque times, they visited the church of the convent, of a most refined Gothic, which was moved at the beginning of the 20th century from its original location to a park in the new area of the town. In the afternoon, the whole group visited the Cathedral of San Martín, admiring its solemnity and wealth, before starting the way back to Ribeira. Saturday morning the sun came out, as if wanting to sweeten a farewell in which tears flowed out, together with signs of gratitude and promises of remembrance.Let’s hope we have fulfilled our goal: that this experience has served for our students to strengthen a little more their openness of mind, true path towards civilization and culture. 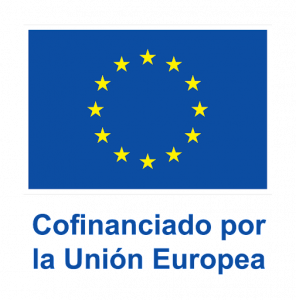